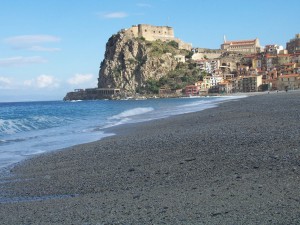 The Italy you would
not expect, Reggio Calabria and its province, little known by the
greatest majority of tourists, both international, but even
national, yet it is there, waiting to be discovered and
appreciated for its absolutely unique treasures, a legacy of its
Magna Graecia past, but also of the many peoples who have ruled
over these lands where time seems to stand still: Greeks, Romans,
Visigoths, Normans, Spanish, French, etc… They have all left
their indelible mark, but its true heart and soul, however,
remains inextricably Greek.

1 ° D. REGGIO CALABRIA-SCILLA Morning guided tour of Reggio
Calabria,the Museum with the famous Bronze Statues, the promenade
defined by Gabriele D’Annunzio the most beautiful kilometer in
Italy, the Roman Baths, the Greek walls and the Cathedral. In the
afternoon, excursion to visit Scylla and Chianalea (ancient
village of fishermen), the Ruffo Castle, the lookout. Return to
the hotel.

2 ° D. REGGIO CALABRIA-PENTEDATTILO Departure and visit of
Pentedattilo, suggestive abandoned village, perched on a cliff by
the characteristic shape of a hand. The village, situated on a
hill with a beautiful landscape with an almost lunar atmosphere,
is evocative of ancient tragedies, in particular, his fame is
linked to the tragedy of the Alberti family.The village is
immersed and surrounded by the typical Mediterranean vegetation,
characterized by prickly pears, agave, etc … Return to the
hotel.

3 ° D. REGGIO CALABRIA-GERACE Departure for Gerace and visit of
the medieval town: the Cathedral, the treasures of the Cathedral,
the church of San Francesco, the beautiful Baroque altar, the
Norman Castle. In the afternoon, visit of Locri and the remains
of its glorious past: the Museum, greek the temple of Marasà.
Return to the hotel.

4 ° D.: REGGIO CALABRIA-SANT’ELIA-PALMI In the morning, departure
for Palmi and visit the Museum of Ethnography and Folklore (House
of Culture). On the way back along the Costa Viola, the coast
between Scylla and Palmi, we will stop on Mount St. Elias to
admire the breathtaking landscape on the Tyrrhenian sea: the
Strait of Messina, Punta Peloro Capo Milazzo, the Aeolian
Islands.Return the hotel.

5 ° D. REGGIO CALABRIA-STILO Check out and visit of the old town
of Stilo and the famous Byzantine Basilica “The Catholic.”,
dating from the x century AD, is one of the most significant
symbols of the Basilian monasticism, with its splendid frescoes
inside, today, unfortunately in a precarious state of
conservation, but equally reminiscent of the deep sacredness and
spirituality of the Basilian monks.Return to the hotel. 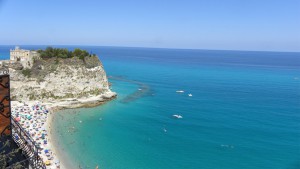 6 ° D.: PIZZO-TROPEA Departure for Tropea and Pizzo.
Arrival in Pizzo and visit OF the Church of Piedigrotta, charming
and unique in its kind, as it is excavated in sandstone, a few
meters away from the sea. You will then visit the Aragonese
Castle, infamous for Murat’s execution .We then continue to
Tropea where you will visit the Cathedral, the main street with
its Belvedere over the Tyrrhenian Sea and the Sant Maria of the
island. Return to the hotel.

7 ° G. REGGIO CALABRIA-GAMBARIE Today we visit Gambarie on the
Aspromonte Mountains. Here you can see the “Cippo di Garibaldi”,
the pine-tree where Garibaldi sat when he was wounded.The
protected area is the central point of the mountain range,
dominated by the peak of Montalto,which with its 1956 meters, it
is the highest peak, one of the most scenic spots. Aspromonte
enjoys a very diverse environment where the Mediterranean Maquis
gives way to dense forests. 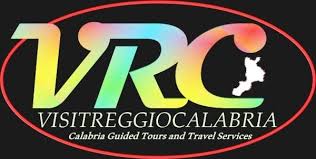