Skip to content
by Visitreggiocalabria - Tours and Excursions
on January 10, 2018

The best months for traveling in Italy are from April to June and mid-September to October—temperatures are usually comfortable, rural colors are richer, and the crowds aren’t too intense. From July through early September the country’s holiday spots teem with visitors. May and June usually see the highest hotel prices in Rome and Florence.

August is the worst month in most places: Not only does it get uncomfortably hot, muggy, and crowded, but seemingly the entire country goes on vacation, at least from August 15 onward—and many Italians take off the entire month. Many family-run hotels, restaurants, and shops are closed (except at the spas, beaches, and islands, where most Italians head). Paradoxically, you will have many urban places almost to yourself if you visit in August—Turin and Milan, in particular, can seem virtual ghost towns, and hotels there (and in Florence and Rome) are heavily discounted, Just be aware that fashionable restaurants and nightspots are usually closed for the whole month.

From late October to Easter, many attractions operate on shorter (sometimes muchshorter) winter hours, and some hotels are closed for renovation or redecoration, though that is less likely if you are visiting the cities. Many family-run restaurants take a week or two off sometime between November and February; spa and beach destinations become padlocked ghost towns.

Weather — It’s warm all over Italy in summer; it can be very hot in the south, and almost anywhere inland—landlocked cities on the plains of Veneto and Emilia-Romagna, and in Tuscany, can feel stifling during a July or August hot spell. The higher temperatures (measured in Italy in degrees Celsius) usually begin everywhere in May, often lasting until sometime in October. Winters in the north of Italy are cold, with rain and snow. A biting wind whistles over the mountains into Milan, Turin, and Venice. In Rome and the south the weather is warm (or at least, warm-ish) almost all year, averaging 10 C (50 F) in winter.

The rainiest months pretty much everywhere are usually October and November.

Note: This information was accurate when it was published, but can change without notice. Please be sure to confirm all rates and details directly with the companies in question before planning your trip.

Tropea is ready forbl the Eurocup final Italy vs. 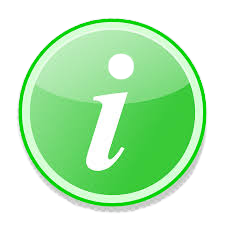